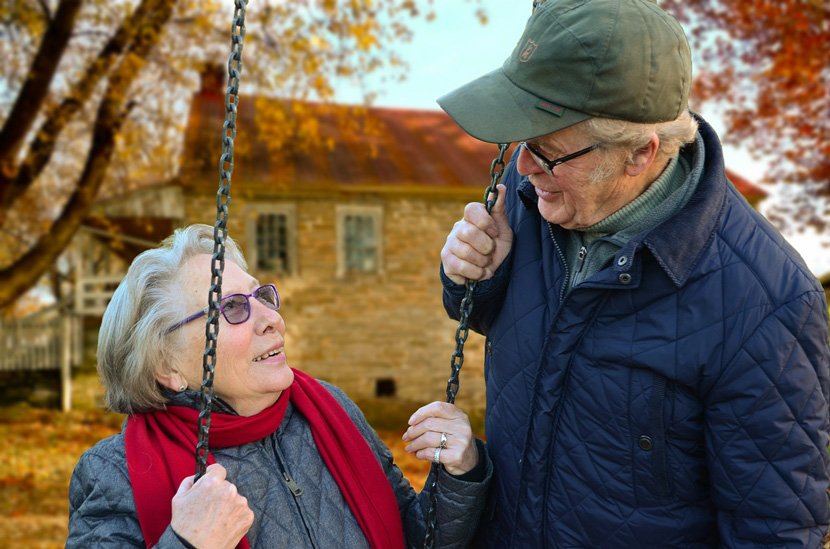 Generally, the dental care to which elderly people undergo does not differ from that of younger patients. However, it can occur that the former could face some types of problems due to the intake of some types of drugs, a lack of nourishing food in the diet, heart diseases, diabetes or not optimal general physical conditions.

The radicular caries are the oral diseases most frequently diagnosed in elderly patients. It can occur when the gums recede, exposing the root surface to pathogenic agents attacks, dental hypersensitivity, dry mouth or xerostomia often due to the intake of certain types of drugs, yellow teeth, caused by the dentine natural color variation or by the use of pigmenting substances.

Another frequent problem in the elderly population is the periodontitis, which can be managed and monitored even in old age, if diagnosed in its early stages preserving the patients’ natural teeth.

If the dental elements have already failed or the evolution of the disease cannot be contained, elderly patients can also replace them with removable prostheses or dental implants.

Let’s see which solution is indicated in the following cases.

Patients who have lost their natural teeth may decide to replace them with removable or fixed prostheses. The aim is to rehabilitate the correct masticatory and phonetic functions as well as to restore the beauty of the smile.

Removable prostheses, which are used to replace the whole dental arch, are made up of resin teeth laid on a resin support. The denture is not anchored to any tooth but adhered to the gums with a suction mechanism.

A removable partial prosthesis can be used in case of replacement of one or more teeth. It is anchored by some clamps to the residual natural teeth or implants.

The advantages of choosing a denture are definitely related to the low costs and short realization times. On the other hand, in addition to minor inconveniences such as injuries due to movement or to the difficulty of eating easily, the denture requires a relining procedure approximately once a year; it is the replacement of the pink part of the prosthesis laid on the mucous membranes due to bone resorption.

Denatl implants are a much more stable and comfortable solution for patients. With implantology, the teeth are replaced with artificial titanium roots anchored to the bone. This type of surgery can be also performed with low bone quantity conditions, using implants made of titanium zirconium alloys, which are thinner and shorter.

For the most severe cases, it is necessary to intervene with bone regeneration procedures.

If there are no contraindications, the dental implant is an ideal solution even for elderly patients, who will no longer have to worry about all those aspects related to the removable prosthesis and will be able to live normally their daily life.

It is a common idea that the more aged is the patient the less dental implant surgery is recommended; the age is not actually a factor that affects the possibility to put an implant. This type of therapeutic procedure can be undertaken by young people as well as by elderly patients.

A possible drawback to dental implantology can be due to other kinds of conditions such as the presence of other diseases that require the use of some types of drugs.

One of these is osteoporosis treated with bisphosphonates. Who takes this type of molecules for a long time and wants to put a dental implant could face osteonecrosis, necrosis of the jawbones, which can hardly be kept under control leading to very serious consequences. This condition does not concern only elderly patients, but all those who need to take these types of drugs, especially through injections.

However, preventive protocol procedures can be implemented to avoid any complications.

In any case, the dentist will check the patient’s general state of health before recommending the implant or the removable prosthesis.

This website uses cookies to improve your experience while you navigate through the website. Out of these, the cookies that are categorized as necessary are stored on your browser as they are essential for the working of basic functionalities of the website. We also use third-party cookies that help us analyze and understand how you use this website. These cookies will be stored in your browser only with your consent. You also have the option to opt-out of these cookies. But opting out of some of these cookies may affect your browsing experience.
Necessario Sempre abilitato

Any cookies that may not be particularly necessary for the website to function and is used specifically to collect user personal data via analytics, ads, other embedded contents are termed as non-necessary cookies. It is mandatory to procure user consent prior to running these cookies on your website.